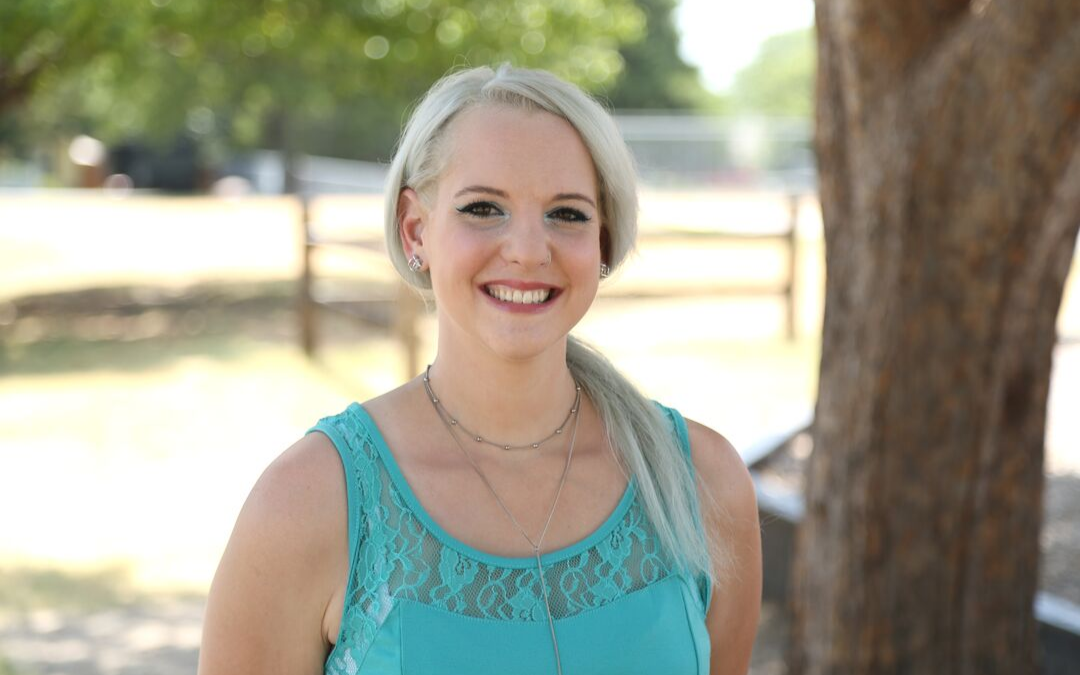 Justin, Texas resident Kristina Furnas was so tired of living with chronic back pain. Life had already taken so much from this young mom, including the unexpected death of her husband when their son was only a year old. So when severe and persistent back pain caused Kristina to have to stop working as a human resources director at the young age of 26, she knew she needed to find a solution.

Frustratingly, Kristina didn’t have an initial injury or physical trauma she could point to as the source of her debilitating pain that radiated down her back and into her legs. She had experienced some sciatica during pregnancy, and she also remembers lifting a hefty box of printer paper at work the morning before her initial attack of stabbing back pain. But, other than those two theories, she is at a loss as to how she ended up living in chronic pain and unable to work or enjoy her life to the degree that she wanted to.

Kristina embarked on a series of injections for pain management and ultimately had a laminectomy. And a year later, a revisional laminectomy. Then some ablations. Nothing helped. Her surgeon told her that the next course of treatment would be a spinal fusion, but because of how young she was, he was hesitant to jump to that.

Kristina’s surgeon encouraged her to seek out second and even third opinions from other neurosurgeons to see if any of his colleagues could find something he couldn’t. And thank goodness he did because this is where her story takes a happy turn.

After much research, Kristina found herself in the exam room at Kalra Brain & Spine, the office of Dr. Ricky Kalra. From the front desk team to the clinical side, Kristina was so impressed with how friendly and helpful everyone was. She found Dr. Kalra to be warm and funny, compassionate and confident. But the best part? He said he could help.

Kristina teared up as she told him, “Dr. Kalra, I’m just at the point where I have no quality of life, and I don’t know what else to do.” She explained that she didn’t want to be dependent on pain medication for the rest of her life. At this time, Kristina was 30, engaged to a wonderful man named Koby and mom to an active five-year-old. “I want to be able to have more children, and I want to be able to work again,” she explained to him.

Dr. Kalra told her she didn’t have to live like that and that he believed he could help. After an MRI and several other diagnostic tests, Dr. Kalra recommended spinal fusion. “Something about him just made me instantly trust him, so I agreed, yes, let’s do it,” said Kristina.

Just five weeks post-op, Kristina is feeling better than she has in years. The constant pain she has dealt with for years is beginning to subside. With the support of Koby and in-home physical and occupational therapy, she is making small improvements every day. Her recovery will be long, but she feels hopeful. And hope is something she hasn’t felt in a long, long time.

When Dr. Kalra told her he expects that most of her pain will be eliminated, that she will be able to have another child, be able to work again and enjoy the things she loves to do, Kristina broke down and cried. “I so look forward to being able to have a dog, go on road trips, horseback riding and being able to host parties with our friends,” said Kristina.

“I’m just so excited to be alive again.”

New Hope for Neck and Back Pain

When world-class training meets hometown values deeply rooted in family and community, the result is the kind of medical care you’ve always hoped for. This describes Kalra Brain & Spine, the practice of Dr. Ricky Kalra, who specializes in the most up-to-date evidence-based neurological care. If you’re living with neck or back pain that is unresolved with other treatment modalities, schedule a consultation with Dr. Kalra today.